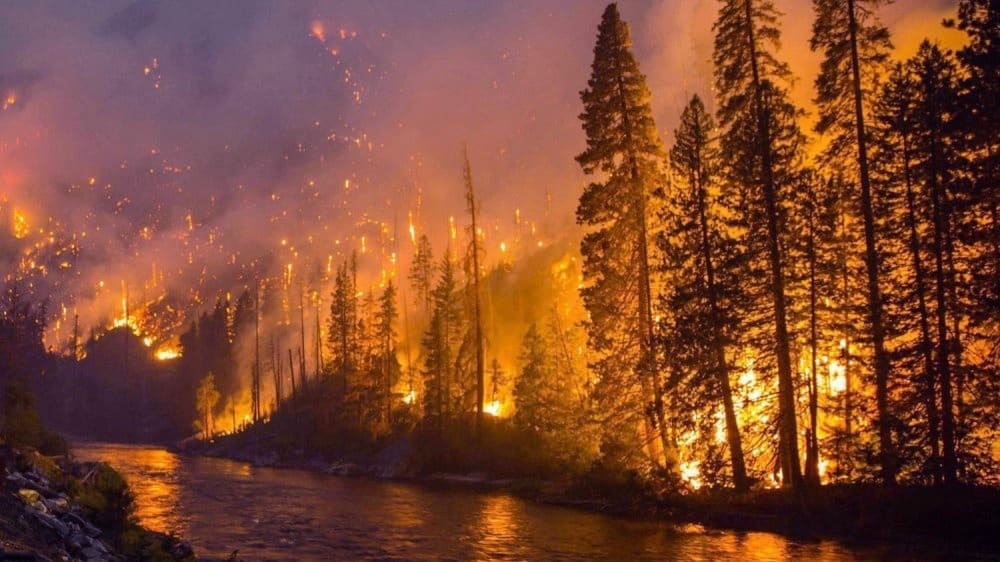 In 2017, the worst BC flood and fire crisis affected the province. The state of emergency lasted for ten weeks, and more than 65,000 people had to evacuate their properties. The government paid more than $70 million to counteract flood issues and over $560 million to deal with BC wildfire suppression. Keep reading to learn more about protecting your family and property from these environmental hazards!

BC wildfire smoke is a severe threat to the province’s residents. In April 2020, a fire reached Squamish Valley, and the residents had to leave. It took days before firefighters had control over the flame, and it already reached 200 hectares.

The disastrous situation occurred during the Covid-19 pandemic. The experts discussed how exposing yourself to BC wildfire smoke is related to coronavirus.

The explanation is that flame cannot cause the virus, but it affects your immunity response. Smoke gets into your lungs and compromises their function. Coronavirus can cause pneumonia, and pollutants make you more vulnerable to it.

Climate change is the most common cause of a BC wildfire. Apart from their number, these changes also affect fire severity. Snow is not falling as often before, but droughts last longer. The national authorities explain poor air quality is a problem that has to be addressed.

More than 14,500 people died prematurely due to increased air pollution. Authorities admit the BC wildfire 2018 season was the worst on record. It destroyed more than 20 homes in Tahltan. A year before, Chilcotin Plateau faced with the burning of over 500,000 hectares. The situation improved in 2019. It was because of a smart government strategy and increased rain quantity.

British Columbia adopted a policy of banning open burning from April 2020. The idea is to ease the burden on firefighting personnel and resources, especially during the pandemic. The authorities want to improve public health by limiting the effects of smoke on air pollution.

The official website of the Government features an interactive BC wildfire map. Residents can inform about locations of fires that are a threat to public safety. Each BC wildfire status update is also posted on the Twitter application.

BC Wildfire Service is the official authority in charge of suppressing fires throughout the province. The entity functions as a component of the Ministry of Lands, Forests, Rural Development, and Natural Resource Operations.

The agency employs over 1,500 seasonal workers to help them dealing with fire problems. Employment opportunities exist for administrative and support staff and fuel management personnel. Dispatchers and firefighters are both welcome.

British Columbia adopted policies on protecting the province and its citizens from fires. The strategy involves recommendations and prevention measures, and fines and violations for not following the law.

Here are the BC wildfire prevention measures:

The official documents regulate campfires, open burning, forest use, and other specifics related to managing BC wildfire risks. Those that do not comply with regulations will end up paying fines.

BC Wildfire Service seems to be at the biggest test ever this season. Covid-19 pandemic forced them to implement insurance measures to protect their employees from the virus.

Physical distancing and lower number of firefighters in trucks, and holding meetings in virtual conference rooms are some actions taken by the service.

The agency remains active in fighting fires throughout the province. The statistics for the first couple of weeks of the season is not encouraging. The service found a way around training firefighters for their new jobs. Instead, in a camp, new team members are trained in local jurisdictions.

The best way to avoid natural disasters is to prevent them. However, even applying all prevention measures doesn’t guarantee complete protection. That is why staying informed about potential flood risks is crucial.

The BC flood danger rating has three warning levels:

Flood notifications about evacuations and other suggested measures are listed on this map.

The River Forecast Centre and Its Role in BC Flood Protection

River Forecast Centre is the body in charge of assessing the BC flood situation at all times. The assessments include snow melting and other relevant factors. They use the information to publish warnings, maps, and bulletins to promote water protection.

The centre publishes bulletins about water supply and snow conditions. The latter is available from January to June. The reports residents can read include multiple-day streamflow forecasts, advisories, and other details.

Residents should only trust BC flood information coming from official sources. The government and relevant authorities are doing their best to inform the residents accurately and quickly. Staying safe and following suggestions of emergency services is imperative.

Those having respiratory problems should consider avoiding heading outside if air quality is low.

Lightning activities featuring radar images discover where the storms could be going in the coming hours. Many applications offer information on river and lake levels and specifics on shipping route situations.

The most reliable weather information comes from official sources. It is why the national weather source offers its information via a mobile app. The app is available for both Android and iOS, and users can download it for free. All it takes is visiting the Google Play (Android) or Apple App Store (iOS) and installing the software on the device.

WeatherCAN offers information about current weather at any location in Canada. It also features hourly forecasts and 7-day predictions. Users can receive weather notifications, which ensures staying tuned with all potential changes. A heavy rainstorm might increase the BC flood risk, and no one wants to be outside when a storm strikes.

The application is available in French and English. It is easy to choose the preferred language. Apart from the app, WeatherCAN is available as a smartphone widget.

What to Do During a BC Flood?

The government mentions there are three phases of actions related to any BC flood. It includes what you do before the water strikes, how to act during the flood, and after it. Placing sandbags, storing valuable items in attics, and other actions is a way to prepare for rivers exceeding their bank-full.

Here are the actions recommended during a BC flood:

How the BC Flood Rescue Service Operates During COVID-19

Emergency services adapted their working process due to the coronavirus pandemic. Maintaining physical distancing is difficult for emergency workers.

However, they are applying all safety considerations, especially when a BC flood forces them to go door to door to alert residents. Evacuation centres now offer digital registration. It is a faster and safer way than having people complete forms with pens. Hotel rooms are used as a place to settle people who left their homes. It works in favour of maintaining self-isolation rules recommended to minimize Covid-19 risk.

While the authorities admit the virus makes emergency response challenges, nobody is panicking.

BC Flood and Fire Report

A comprehensive report related to BC wildfire and water-related problems was published recently. The document addresses the specifics of disaster management in the province. The authorities have already taken various measures and adapted their approach. Everyone throughout the region should regularly follow BC flood and fire warnings and apply prevention measures to minimize the risk of natural disasters.